What is the shoulder girdle?

The shoulder girdle, or shoulder has the greatest flexibility of any joint in the human body. There are three major bones that connect to form three separate joints in the shoulder. Each joint is intricately arranged with several important structures that enable wide-ranging movements, such as throwing or swinging, as well as pushing and pulling motions. Dr. Ronak Mukesh Patel, orthopedic shoulder specialist serving patients in Sugar Land, Pearland, and the Houston, Texas area, has the knowledge and understanding of shoulder anatomy, as well as substantial training and experience in treating common shoulder injuries. What are the three joints of the shoulder girdle?

The shoulder girdle consists of three separate joints: the acromioclavicular joint, the glenohumeral joint, and the sternoclavicular joint. The joints are made up of four bones: the humerus, scapula, clavicle (collarbone), and sternum (breastbone). The humerus forms the “ball” of the shoulder joint. The acromion and glenoid (shoulder socket) are parts of the scapula. Each joint is formed by the ends of two bones and connected with anchoring tendons, capsule, and ligaments. Other tissues, such as the muscles and bursae, are essential for the mobility and strength of the shoulder girdle.

What are the important structures of the acromioclavicular joint?

The highest portion of the shoulder (acromion) joins together with the clavicle (collarbone) to form the acromioclavicular (AC) joint. These bones and surrounding structures enable the arm to be raised above the head and facilitate a greater range of motion by functioning as a strut.

What are the important structures of the glenohumeral joint?

The glenohumeral joint is formed by the articulation of the “ball” or head of the humerus (upper arm bone) into the glenoid socket of the scapula (shoulder blade). This ball-and-socket joint arrangement enables movement in several directions making it the most mobile joint in the body.

The labrum is a thick and fibrous ring of cartilage attached circumferentially around the glenoid socket. This cartilaginous ring provides an attachment site for several shoulder ligaments and the biceps tendon (top portion or superior). The labrum is primarily responsible for joint stabilization by deepening the glenoid socket of the scapula.

The rotator cuff is a group of four muscles and tendons found covering the humerus (upper arm bone) at the humeral head (“ball”). There are two rotator cuff tendons on the upper (superior) portion, one on the front (anterior), and one in the back (posterior). This muscle and tendon group stabilizes the humeral head within the glenoid socket while also contributing to the shoulder’s incredible range of motion.

Surrounding the glenohumeral joint capsule are a number of small, fluid-filled sacs that produce a viscous fluid to reduce friction with joint movement.

What are the important structures of the sternoclavicular joint?

The sternoclavicular joint is formed from the manubrium of the sternum (breastbone) and the clavicle (collarbone). This joint enables clavicular movement along three different planes.

Costoclavicular Ligament: Originating from the first rib, this ligament attaches to the costal tuberosity on the clavicle and is the primary stabilizer of the sternoclavicular joint by limiting certain movements.

What are the other important structures of the shoulder girdle?

Articular Cartilage: This slippery white connective tissue covers the ends of the bones that form each of the three shoulder girdle joints and provides a protective barrier for these bones as they painlessly glide over one another with joint movement.

The pectoralis major and minor muscles are responsible for strengthening and stabilizing the shoulder with lifting heavy objects. Commonly known as the “pecs”, these large fan-shaped muscles can be found lining the chest wall.

What are common shoulder injuries?

The number of structures involved in the shoulder girdle can make it susceptible to injury. Shoulder injuries are common among athletes, particularly those that participate in football, baseball, cricket and tennis. However, non-athletic individuals can also experience a shoulder injury from a traumatic event, repetitive use, or a degenerative condition. Some of the common shoulder injuries treated by Dr. Patel are as follows:

How are shoulder injuries treated?

A number of common shoulder injuries respond well to non-surgical therapies alone. These often include joint rest, ice, and non-steroidal anti-inflammatory medications (NSAIDs). However, surgical intervention may be necessary for failed non-surgical therapy or a significant or complex shoulder injury. If required, Dr. Patel and his orthopedic team will determine the best surgical procedure for the patient’s specific shoulder injury. Given the right circumstances, Dr. Patel prefers an arthroscopic approach when conducting surgical repairs. This minimally invasive surgical technique involves a small camera (arthroscope) and specialized surgical instruments to complete the necessary revisions. Recovery rates have shown this arthroscopic surgical approach to be an effective treatment measure to facilitate the best recovery outcomes. However, Dr. Patel will perform an open incision or approach if necessary to make the appropriate repairs. 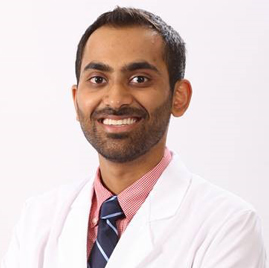 The shoulder joint is one of the most complex, flexible, and largest joints in the human body. The anatomy of the shoulder allows for a large range of motion, but this mobility makes it inherently at risk for injury. Shoulder pain can be common and should always be evaluated by an orthopedic shoulder specialist. Shoulder specialist, Doctor Ronak Mukesh Patel, provides diagnosis as well as surgical and nonsurgical treatment options for patients in Houston, Sugar Land, and Pearland, TX who have developed a shoulder injury or shoulder problem. Contact Dr. Patel’s team today!